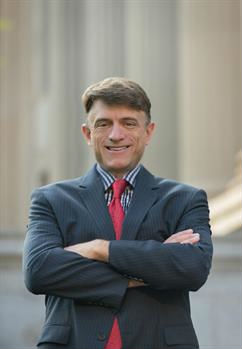 Historically, the U.S. Marshals Service (USMS) paid local Sheriffs “reasonable and actual costs” for housing federal prisoners in local jails pursuant to guidelines set out in OMB Circular A-87. These costs were calculated on Form USM-243 entitled “Cost Sheet For Detention Services” resulting in a federal per diem rate, chargeable to USMS under a cost reimbursement type Intergovernmental Service Agreement (IGSA) between the federal government and the Sheriff.

Local governments housing federal prisoners can now negotiate a firm fixed price per diem rate agreement, called e-IGA, with USMS and Immigration & Customs Enforcement (ICE). The rules governing how the agreement’s per diem rate is calculated; however, have morphed into a much more complex process. Instead of just reimbursing Sheriffs with a rate replicating jail operating expenses, USMS now calculates a “core-rate” for each local jail housing federal prisoners. This rate is comparable to an independent government cost estimate and establishes the government’s negotiating position.

This core rate takes into consideration several elements (including market factors, U.S. Dept of Labor wage rates, etc.). However, the most significant factor – in my opinion – remains the local jail’s operating costs. These costs are calculated using “Jail Operating Expense Information” (JOEI) and are based on both actual (OMB Circular A-87 type) and projected costs for personnel, benefits, care and treatment, general operating expenses (i.e., utilities, office supplies, etc.), vehicle operation, safety and sanitation costs and insurance costs. When formulating the core rate, USMS compares this data against per diem rates paid at comparable sized jails in similar regions, as well as the history of costs (and per diem rates) at that particular facility.

The key to successfully negotiating a new e-IGA per diem rate; therefore, is the ability to develop an algorithm which reflects both the regulatory boundaries of OMB Circular A-87, while at the same time maximizes all allowable costs associated with the facility. In other words, you must not only capture the direct costs of the facility, but accurately (and proportionately) allocate indirect costs for ancillary functions, including accounting and payroll services, K-9 services, background checks, detective services, etc. Similar consideration must be given to depreciation costs for equipment, including computers, radios, anti-terrorism equipment, etc. Finally, you must add to the equation building depreciation costs including annexes, capital improvements, utility upgrades, etc.

Today, the process for calculating a federal per diem presents both benefits and challenges for local governments. USMS and ICE, historically, paid Sheriffs for only the actual costs spent in housing prisoners – a regressive process which resulted in low, incorrect rates. Sheriffs can now build stronger rates which capture more costs, including projected costs, but successfully walking this tightrope depends on the strength of the algorithm.